Happy New Year and Some News! Oh, and the Ultimate Vegan Yorkshire Puddings!

Did you all have a nice Christmas and New Year celebrations? Mine was quiet and simple, at home with Rob and the animals. I had major surgery 2 weeks before Christmas and so my usual crazy antics of baking and creating bath bombs to fill hampers in my dining room (come Santa’s grotto) were out of the picture this year! I was sad about that at first but then I realised it was actually really nice to just enjoy the festivities, watch Christmas movies and eat vegan cheese on crackers. As opposed to spending the entirety of December in the kitchen, spending a crap load on ingredients on top of presents and still wrapping and cutting out printable labels into Christmas morning, leaving me shattered and unable to really enjoy my favourite day of the year. I will do my hampers again but perhaps less so intense from now on!

We had a really special Christmas dinner. I started a week ahead, making one thing a day sitting on a stool and with Rob’s help. We made enough to feed an army and we ate leftovers for days after Christmas! On the day itself, Rob pulled all the components together and made a wonderful feast. We did take some short cuts which were a great time saver. We used frozen roast potatoes and parsnips, spruced up with a drizzle of oil and herbs. We roasted frozen carrots with lemon halves and bay leaves and a frozen vegan roast. We also saved on washing up by serving as much as possible in foil trays. Genius.

It took 3 days to finish this mounded plate of food!

Our feast also included, vegan cauliflower cheese; leeks in white sauce; roasted Brussels sprouts with mushrooms, vegan blue cheese and cranberries; swede puree; bread sauce; sage and onion stuffing; vegan ‘pigs in blankets’; frozen mixed vegetables and these incredible Yorkshire puddings! All served with gravy and mint jelly. Proper British style! We were very proud considering our constraints! For pudding we had a mixed berry and oat trifle and then on boxing day a chocolate croissant pudding with vegan squirty cream! Neither of those got anywhere near finished, which made for very happy chickens!

This New Year is an important one for me, having spent 2015 very sick, undergoing 2 major surgeries and beating that unfriendly yet familiar foe, cancer, before it got the chance to well and truly take hold of my entire body, it has been no easy feat. I have a fair way to go, with an endocrine disorder that has caused rapid, uncontrollable weight gain that seems impossible to lose, the beginnings of kidney failure, pre-diabetes and chronic pain syndrome to boot. Not forgetting my dented and misshapen bladder from one of my now happily long gone tumours. I sound like an old lady, not an almost 25 year old who, a year ago, was fit as a fiddle, slim and full of energy.

Most of 2015, my greatest achievement had been making it to the mile away post office without throwing up or near on collapsing in pain. There were times when I couldn’t walk for days or weeks, and my life was little more than an existence as I miserably waited as my healthcare team messed up in the crazy convoluted, bureaucratic mess that is the NHS, delaying my much needed surgery by months. By the time it came round, so much more damage was done that what should have been a simple procedure, became a major open operation and a week in hospital. My first operation back in February failed, hence being back here again, and so the start of a New Year is a token of hope that this year I can rebuild, be free of the turmoil and most importantly, marry my best friend in just a few weeks and finish my degree that I had to abandon due to my health.

Not so positively, my guardian, Patrick, who has been having his own battle with the C word since December 2013, will heartbreakingly, lose his voice box at the end of January. He is a priest and is a dad to me and it was always both of our dream that he would marry me to a special man someday. When that special man proposed in the summer, we couldn’t wait for that dream to come true. 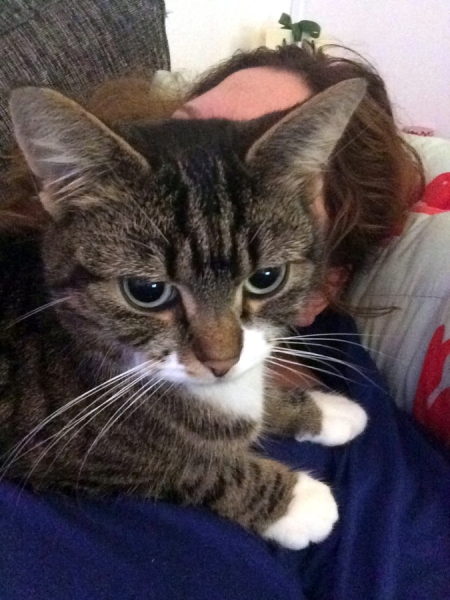 Rob and I planned to marry in April but we then thought it would be too soon with my health and a long recovery from my surgery. So we decided the Autumn would be better. Then we got this news, just before Christmas. There was no way we could get married and have Patrick look on from the audience. So, we have decided to have an urgent marriage, just a couple of days before he loses his voice so that he can bless us and it can be a beautiful final ceremony of his powerful, influential, inspiring voice.

It will be a very small and simple affair, given the time constraints and my lack of mobility and pain. A small chapel with just a handful of immediate family and close friends. We will have a celebration later in the year, the reception we had wanted originally and that we have already begun to plan, where extended friends and family can join us and we can have another ceremony with all the bits and bobs to make it a special day for all. I won’t be wearing a traditional wedding dress, it’s not my style and I need comfort over anything right now but I will have flowers and a small veil. We want it to be as simple, casual and low key as possible whilst still being a special, memorable day. The most important things to us are being married and by the man who we love so much.

A lot to take in I’m sure, and I want to thank you all for your continuous support and friendship to me and Bunny Kitchen. I’m sorry this news has been hidden from you until now and I have tried to keep BK as normal as possible as, apart from anything, it has been one of the only normalities around me for some time. Some hurtful and uncompassionate gossiping at work around my first operation put me off sharing my difficult journey publicly. It was personal, on so many levels, and it became something I locked away and held close to me, to protect it from being disrespected and giving people a thing to talk about. I’ve come a long way, and I have strengthened emotionally and I have realised that I have nothing to hide, if people want to treat me as story of the week then shame on them, but I have learned that there will always be many more who genuinely care. My illnesses are here to stay, many for the rest of my life and so I need to accept them as part of my life, part of me and I can’t do that if I hide from them.

Anyway, how about a yummy recipe to cheer things up? I used to adore Yorkshire Puddings before I became vegan, as do most Brits. A staple of a Sunday Roast dinner and definitely up there with the ultimate comfort foods. I’ve tried various recipes for vegan Yorkies and while all nice in their own right, some even looking just like the original egg laden puddings, none have actually tasted the same. Until now. 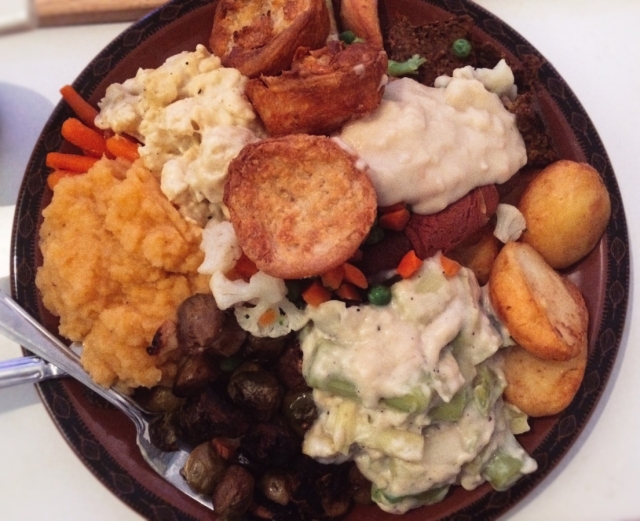 I messed around on Christmas Eve combining elements from some of the most successful recipes I’ve tried and this was the result. Perfectly crisp Yorkshire Puddings with that signature flavour courtesy of Kala Namak black salt. If you haven’t heard of or tried this sour, sulphuric Indian salt, now is the time. Whist I have a phobia of anything too reminiscent of eggs like scrambles and omelettes with an eggy flavour, it has so many uses where it offers that much needed background note, like here in these puddings and in many Indian dishes. Not least, if you really miss your omelettes, this stuff will make them taste just how you remember. Magic. NB, the salt is not actually black despite the name, it is actually pink!

As with traditional Yorkshire Puddings, there are a couple of rules to ensure great puddings. Firstly, a really aerated batter to aid rising, secondly, really hot oil and lastly, an undisturbed oven. Don’t be afraid of the oil getting so hot that it spits and smokes, just be careful not to burn yourself and make sure you open and close the oven door when pouring in the batter as quickly as possible and don’t open it again until the baking time is up.

Based on 24 smaller puddings.

30 Responses to Happy New Year and Some News! Oh, and the Ultimate Vegan Yorkshire Puddings!